The 5th Baltic Black Sea Forum, a meeting of former presidents of Eastern Europe, was held on the subject of “Affirming the Solidarity in Maintaining Peace: Better Europe and Asia. Experience and Prospective” on 16th September in the Republic of Korea.

International Centre for Black Sea-Baltic Studies and Consensus Practices (Centre BBS) is an organization where discusses maintaining security and peace in the European region. This year’s forum was taken place in South Korea where has been divided for 65 years to establish the network for peace between Asia and Europe.

Former President of Romania, Hon. Emil Constantinescu, said, “We have seen too many fall victims to conflicts from misunderstandings. Therefore, it is important to respect each other’s values. It will serve as an opportunity to construct a new form of international relations. We can pursue the safety and stability by holding conversations. Instead a superficial one, the true democracy is achieved through conversations. Peace cannot be achieved under the oppressive environment. Peace that comes from the hearts of millions is true peace.”

In attendance with 116 participants from more than 50 countries including former and current presidents of the states, national assembly members of each country, educators, and journalists, Centre BBS announced ‘Seoul Statement’ to seek for methods in order to strengthen the solidarity of peacekeeping based on the values of humanism, spirituality, freedom, and human dignity.

Emphasizing the importance of the collective efforts for building peace, Former Chairman of the Supreme Soviet of the Republic of Belarus, H.E. Stanislaw Shushkevich, said, “The peace initiatives here are sophisticated approaches that we also pursue. It is also the form of international law we have been waiting for. I’d like to thank all of your efforts and actions, and I look forward to the future after we affirm our solidarity in peace.”

The members of Centre BBS were also invited to the peace summit held by Heavenly Culture, World Peace, Restoration of Light (HWPL), the co-host of the 5th Baltic Black Sea Forum. This organization holds a summit annually for the enactment of the international law and interfaith dialogue for world peace and cessation of war. 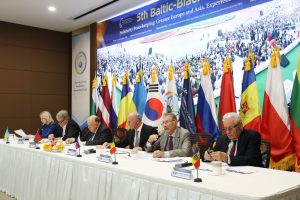 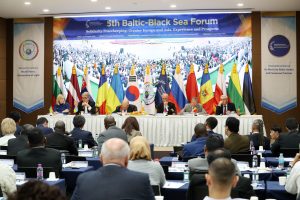 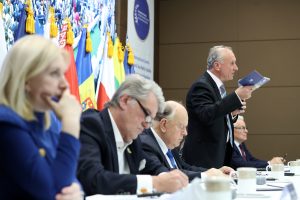 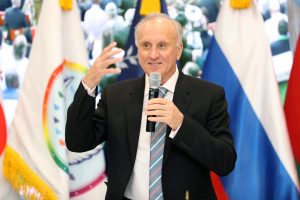 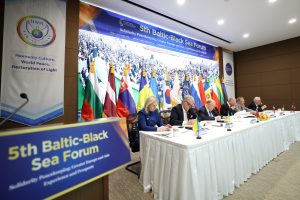 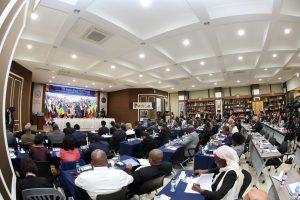 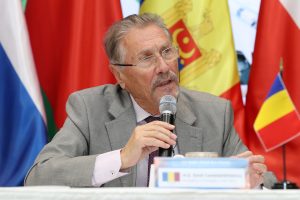 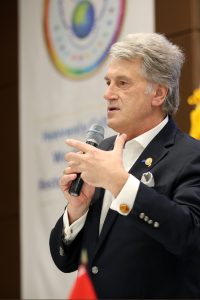